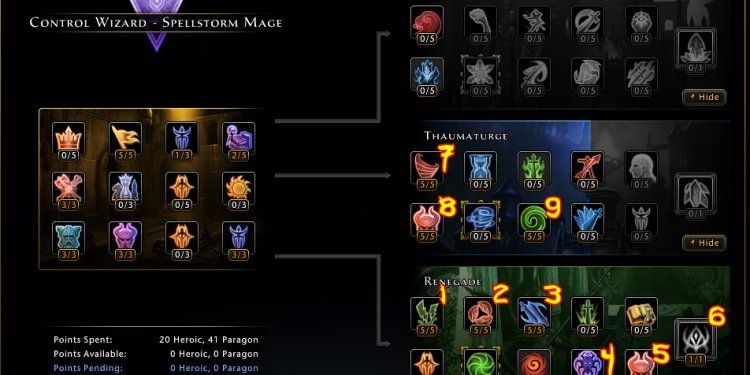 
dacai posted...
CelestialWyvern posted...
There's two one linked to and one discussed in one for mod 8 and the other idk, that follow the same premise as the first I linked I just don't know how much they rely on the owlbear.

Just read the forum linked one. It looks like crit isn't essential. I would replace relentless avenger in that build, scattering the mobs will get you kicked.

TG_Wolf, if you read this could you perhaps share your build? I understand it's a lot of work, but it would really help.

Put the extra points at Lv10, 20, 40, 50 and 70 into CON and WIS for more Health, Damage Resistance, Healing strength and Crit. chance. It will also help you resist getting knocked around by enemies.

Powers: (x/x) are the minimum scores you want at Lv70

Encounters:
Smite (3/4)- When Solo/Bosses
Burning Light (3/4)- In Group, swap for Smite for bosses.
Templar's Wrath (3/4)- Solo/In Group/Bosses
Bond of Virtue (3/4)- In Group at all times. Not when Solo.
Vow of Enmity (3/4)- Bosses only, use when team is having I D 10 T issues (they're morons who can't dodge). Otherwise not necessary.
Relentless Avenger (3/4)- Solo/In Groups. This is your fastest AP builder and knocks enemies away from weakened teammates/yourself. Learn how and when to use it so you don't annoy mages.

Dailies - Divine Judgement and Shield of Faith. (3/4) Keep SoF up as often as possible in fights, it's not hard to keep it up 100% of the time. Depending on AP gain or when solo, use DJ to deal more damage.

Class Feats:
Aura of Courage (3/4)- Set 100%* of the time. Boosts self and group DPS.
Aura of Wisdom (4/4)- Set 100% of the time. Boosts cooldowns on all abilities.
Aura of Divinity (3/4)- *Set instead of Courage only if your group are total idiots and need the extra healing. You should never have to set this. You can also set this while Solo if enemies are tough to improve survivability.

There's the basis. Gear and such is a different topic.

[Furry and Proud of it ^_^] TMAFPI
Official: Madara Uchiha of all Existence, Muu of UNSR/4 Boards, Saberwulf of KI Board and Cyber Smoke of the MKX Boards