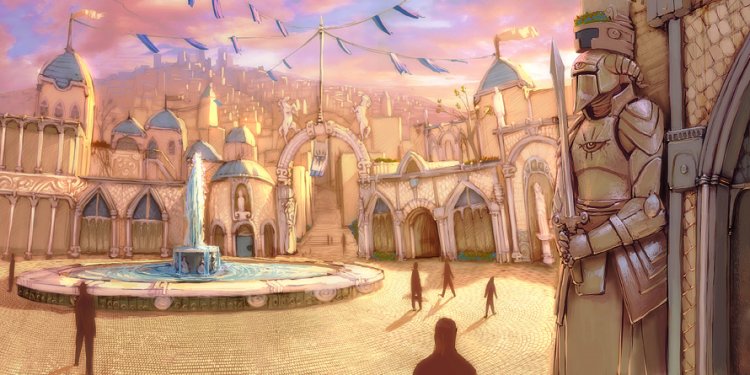 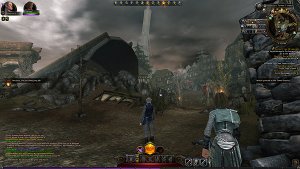 Neverwinter is built on a modified Cryptic Game engine, an offshoot of the code that powers Champions Online and Star Trek Online. These are the best visuals we've seen from this company to date, though.

The art style is vibrant and exaggerated. It's slightly cartoonish, but far more realistic than World of Warcraft. The shading, models, and textures are much prettier than Turbine's Dungeons and Dragons Online, even if it lags far behind the artwork in modern first-person shooters.

The Cryptic engine gives you a lot of control over graphics quality settings. The first tweak we'd like to talk about is the render scale detail slider. 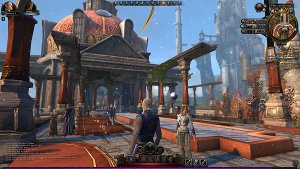 This appears to control the resolution of the game output: for example, if you're playing at 1920x1080 and lower the render scale to 50%, the result looks like 960x540. The only advantage over actually lowering the resolution is that interface elements like buttons and text boxes are displayed at 1920x1080. This isn't a setting we often see in games, but it's featured in the Cryptic engine (and other games that are designed to work on low-end hardware, such as Dota 2). Plain and simple, we don't like lowering render scale at all because it has a profound impact on clarity, and it only helps graphics performance if the CPU isn't already a bottleneck. Neverwinter employs built-in defaults that depend on the video card it detects. Whoever set them up appears to favor high details and a low render scale. We couldn't disagree more, so we're leaving the render scale at 100% for all our benchmarks and dropping the details instead. 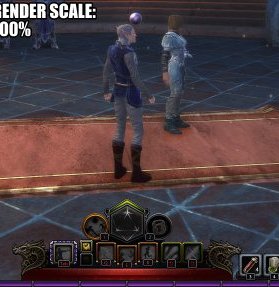