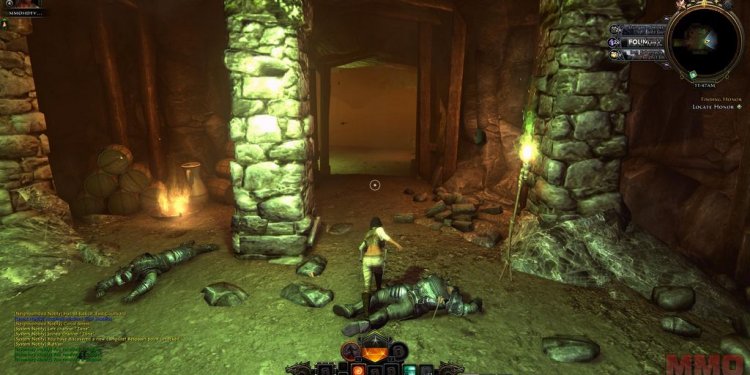 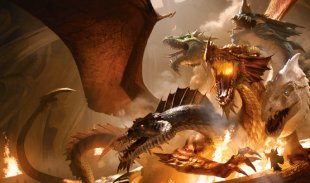 Neverwinter has been out for three years on PC, and saw release on the Xbox One last March. Transitioning an RPG from the desktop to console is never an easy task; MMORPGs like Neverwinter are even harder to port successfully. Time to find out if the wait was worth it.

Lots to See and Do

Neverwinter boasts a ton of content, right off the bat. A lot of this has to do with the game having been out for over three years on PC – PS4 players will have access to everything from the start. That includes all nine expansions currently out, plus a tenth one, Storm King’s Thunder, due out shortly after PC release. Yes, it is easier for developers to release updates on PC, and yes, that means you’ll have to wait a little longer to get new content on consoles, but that’s just the way these things go. Cross-platform play is also not available here. There are several campaigns to conquer, each of which will take several hours to complete without rushing through them. There are eight playable classes to master, though you may have to pony up some actual cash if you want to unlock extra slots so you don’t have to make the tough decision to wipe a character.

Mapping an MMORPG control scheme to a home console controller is never an easy task. Cryptic Studios did an admirable job here. Neverwinter’s control scheme feels a little odd at first glance, since you use the shoulder buttons for your At-Will skills, which are basic attacks. Then again, RPGs like Dark Souls III and Bloodborne have us well-trained on using the shoulder buttons for main attacks, so it’s something you’ll quickly get used to. There are also Encounter skills, which are more powerful attacks and have things like cooldown timers attached to them. Calling these involves holding the L1 button down and pressing a face button (X is devoted to jumping), while holding L1 and pressing a directional pad button handles the more custodian functions of the game, such as bringing up your inventory, the map, invoking (a periodic loyalty boost), and chatting. 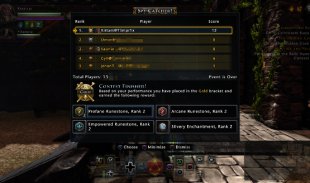 Overall, the control scheme is a little awkward, but definitely not to the point of frustration.

Once you’ve got the control scheme nailed, prepare to have some fun with the game’s many campaigns. Thanks to all the expansions released, once you’ve completed the core of the game’s story, there are literally hundreds of quests to undertake, each with a central theme, antagonist, etc. The quests are also almost completely voiced, which is a rare treat in MMOs. Beyond the lore-based content, there are also incredibly challenging instances to attempt to tackle, such as the formidable dragon bosses, which require at least 15 skilled, active players in order to have a chance at victory. Most areas also have random mini-contests, where you’re tasked with defeating or capturing a certain type of enemies within a given timeframe. Do well enough, and reap the rewards.

Those rewards can be new equipment, or enchantments to place on said equipment, on top of the loot that you’ve yanked off of your fallen enemies. Enchantments can be increased in level by absorbing other enchantments or special gems that you’ll find throughout your adventuring. Even your companions, who are summonable sidekicks, can level up, and must be sent away for training for some time in order to gain the benefits of their higher levels. These companions can also wear various gear that you don’t need for yourself. Mounts, such as horses, tigers, and other more exotic creatures, can also be purchased – the better-looking equipment, mounts and companions are locked behind a soft paywall.