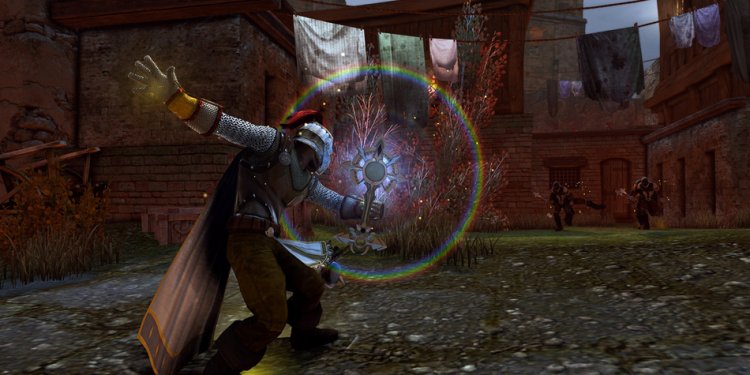 
The players of Dungeons and Dragons MMO Neverwinter are currently spread across three servers, or "shards." However, Cryptic Studios says they'll be making a server upgrade in "the very near future" to merge these three shards into one.

The merge sounds like it should be a smooth process. You won't have to worry about changing your character's name so it won't conflict with a character from another servers, due to the unique @handle on each account. Guild names won't have to be changed either, because the game required them to be unique across all shards.

The developers are trying to make sure you don't lose any mail or money in the transition. All auctions will be expired and all active Astral Diamond Exchange orders will be withdrawn automatically. If you've been using the Astral Diamond Exchange on multiple servers, your balance will be consolidated into one pool. Your mail will be consolidated as well.

Server merges are usually a bad thing for an MMO, a sign that the player base is shrinking. However, Cryptic says they've been planning for this move from the start because a one-server structure is the most user-friendly set-up.

"We believe that having all players in a single game world provides for the best user experience because it allows players to play, interact and trade with others without having to worry about which shard they are on, " Cryptic Studios says in a FAQ. "Launching a new online game is an exciting time, where new hardware and new software meet a large user population for the first time. Hence, we decided to launch Neverwinter with three shards, to reduce the risk of players having a negative experience due to servers overloading."

"Since launch we have continued to optimize our software and hardware so that we can merge the three shards into a single seamless game world."

Still, I can't help but imagine there are some players who won't appreciate the merge:

SIR KILLAHAD, a human warrior, is fighting his way through the Tower District of Neverwinter.

KILLAHAD: (slices down an orc) Taste my steel, you swamp-colored beast!

GWENAVEER: The servers were merged. Now we can be together again!

SEPHIROTHA, a female mage, blasts an orc that spawned behind Killahad. She then jogs up to the duo.

SEPHIROTHA: Killahad, my love, be careful! There are still orcs about. (looks at Gwenaveer) Who's this?

SEPHIROTHA: Oh he did, huh?

KILLAHAD: Seph, it was before the character wipe. Closed beta was a weird time for everyone. I was a drow, for God's sake!

Both of the girls leave in disgust. Killahad kills a spawning orc with a half-hearted swing of his sword.