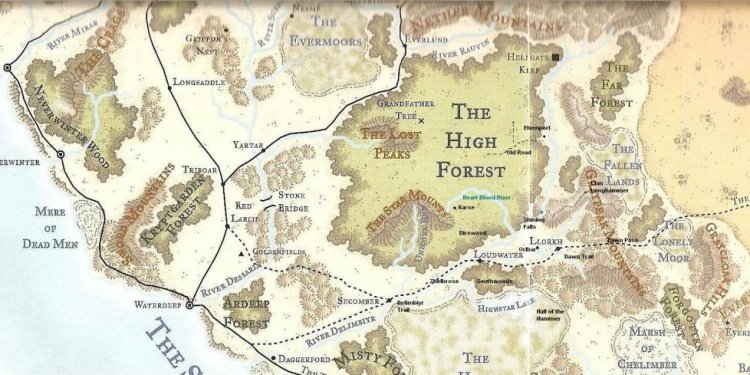 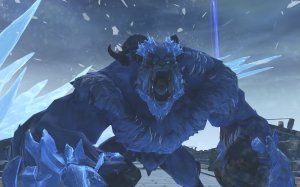 Hello adventurers! Sean, “Commander Ander” McCann here to talk to you about Bryn Shander, the first of our three new overworld zones in Neverwinter: Storm King’s Thunder. The zone can be accessed by level 70 adventurers who are participating in the Storm King’s Thunder campaign. Bryn Shander is the largest settlement within the Ten-Towns of Icewind Dale. The city sits atop a barren hill and is surrounded by a huge stone wall that has proven nigh impenetrable – until now!

Adventurers will be tasked with saving Bryn Shander from certain destruction and unraveling the mystery behind who attacked the walled city. Xuna, characters from the upcoming D&D campaign book, Storm King’s Thunder, and the barbarian hero of Icewind Dale, Wulfgar, will be assisting adventurers in saving Bryn Shander. 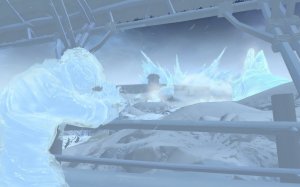 Creating the zone of Bryn Shander was an interesting challenge. The area around Bryn Shander was specifically described as barren, so how do we make a barren wasteland of snow interesting? The answer was to blow it up… in some places. We started with the explosion within Bryn Shander and went from there, having ice remnants from that explosion land in the surrounding region. We also implemented a weather system for Bryn Shander; sometimes it will be lightly snowing, while other times there will be a raging blizzard. Civilians will run inside their houses and new enemies will appear in certain places during the blizzard.

We’re excited for adventurers to get in and start playing Bryn Shander and unraveling the events that unfolded to destroy the fortress city of Icewind Dale.