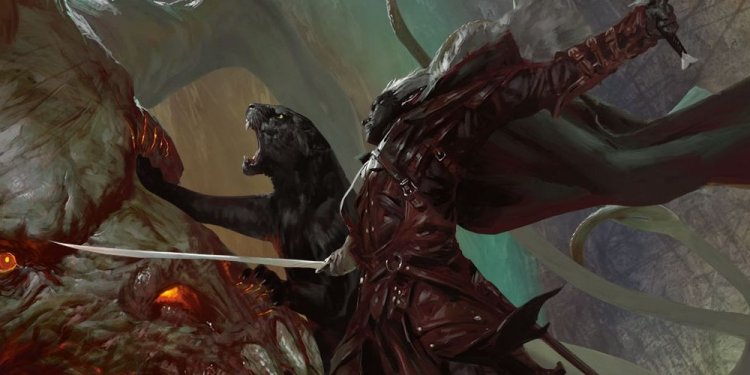 At long last I was able to finish the first book in Salvatore's new Drizz't saga, Gauntlgrym.

It took me quite some time, almost three weeks, and for good reason.

See, I have invested at least ten years of my life to this series. I have followed the characters ever since Drizz't took his first steps out of the Underdark and onto the surface world, where eventually he would find dear friends and one great love in the dwarf Bruenor, his adopted human children Wulfgar and Cattie Brie, Regis the halfl

See, I have invested at least ten years of my life to this series. I have followed the characters ever since Drizz't took his first steps out of the Underdark and onto the surface world, where eventually he would find dear friends and one great love in the dwarf Bruenor, his adopted human children Wulfgar and Cattie Brie, Regis the halfling, and numerous other brave and noble men and women who have made their mark on his life and passed from it in one way or another.

That's what made reading this so hard. Wulfgar has been gone from the Companions of the hall for years before Gauntlgrym starts, and if you read the Collected Stories, you find out what has happened to him. Cattie Brie has been taken from her father and her husband in the Spellplague, and Meiliki took her soul into her realm along with Regis who was also lost in the same great cataclysm.

And now, with his children and his oldest friend dead, Bruenor has felt the calling of his final quest: find the ancient dwarven city of Gauntlgrym. So he abdicates his throne in Mithral Hall in quite the interesting and permanent manner, and he, Drizz't, Pwent and two other comrades of the Many Arrows/Battlehammer kingdoms are off and running.

Jarlaxle and Athrogate make an appearance once more and unwittingly aid in the search for Gauntlgrym, and we're introduced to a new character, an intriguing Thayan elven sorceress named Dahlia.

She's looking to be Drizz't's mirror character. She's a wood elf (I think, not quite sure on that one) with a tortured and troubled past, who goes on to commit dastardly deeds for the archlich Szass Tam and the Thayan empire, only to have a change of heart at the last possible minute, doubt herself for the next half of the book, and finally redeem herself by the end. I've had a sneak peek at Neverwinter, the next book in the Neverwinter Saga, and it seems that she and Drizz't are going to have the starring roles on the next round.

The one thing that held me back from reading it faster than I did is because I know what happens to Bruenor. If you're a follower of Drizz't and Salvatore, you've most likely heard along the grapevine that Bruenor dies in Gauntlgrym. Alas, this is true. By the end of Gauntlgrym, Drizz't is once again alone in the world. In a few short score of years, Drizz't has lost the family that he found and loved. First Wulfgar, then Cattie Brie and Regis, and now Bruenor have all passed on from his life, leaving him free to choose his own roads once again, without consideration for anyone else.

That is actually the premise of the next book. Drizz't dealing with the death of all he has loved, and the freedom he has found. And of course with the lovely Dahlia at his side. As you read through his reactions and observations of the female elf, that fact becomes pretty obvious, and I think could have been put off for at least one more book. Give him a little more angst before showing his curiosity about the next potential love interest.

I think the biggest thing that bothered me was the destruction of Neverwinter. Neverwinter Nights on PC was THE thing that got me into the Forgotten Realms. It has been a staple in my reading and gaming life for over ten years now, and poof. It's gone. It will be rebuilt, of that there is little doubt as the first steps towards such a goal are being taken less than halfway through the book, but it will never be the same. The Jewel of the North is gone forever.

I loved Gauntlgrym for bringing me back to Drizz't and Bruenor, and letting us go on one last adventure together. But I hate it just as much for taking some very old, very dear friends from me, Bruenor isn't the only one we lose here. I knew it was bound to happen eventually, it's just unfortunately been sooner rather than later thanks to 4th edition D&D. But I'll rant about that later.

I'm not sure what else I can say here that won't get me lynched for spoilers, so I'll end it with this: Farewell Bruenor Battlehammer. You have seen the last of Faerun, but Faerun will never forget you. Roll on old friend, roll on. 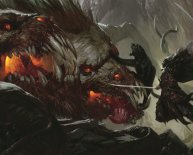