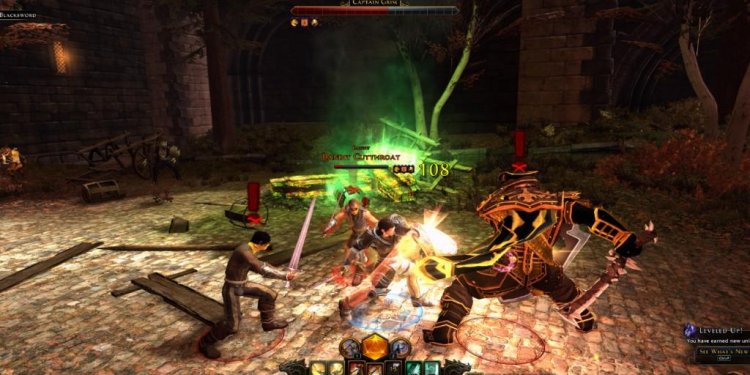 The splendid folks at Feel Train created the Twitter bard responsible for telling the epic tales of your deaths in Neverwinter. Through their vivid imagination, they were able to capture the essence of this character who many have grown to know – and continuously retweet – in hopes of getting a “better” end.

The brilliant minds behind Feel Train are Courtney Stanton and Darius Kazemi, who we decided to interview due to the success of the “bard bot.”

Can you start off telling us a little more about Feel Train?

Courtney: Feel Train is a worker-owned creative technology cooperative based in Portland, Oregon.

Courtney: We both had made bots personally, but the first one that we made as Feel Train was StayWokeBot, and that was in collaboration with DeRay McKesson.

Where does your inspiration come from when creating them?

Darius: When we’re doing stuff as Feel Train it’s always a collaboration between ourselves and the client. The client might give us the fictional universe of the bot (like the Neverwinter world) and a general direction they want it to go in. Then it’s up to us to fill in the gaps. Sometimes we’re inspired by popular culture, or other bots we’ve seen, but a lot of the time we’re just trying to answer the question “how do we do what the client asked us to do?”

Courtney: A lot of the jumping off point for me comes from the stuff the client gives us, and trying to approach it from a lot of new perspectives. What feels interesting or funny or unusual about something, that kind of thing. I also imagine myself on the other side of the interaction, and whether I’d find what we’re designing remotely cool; would I even think “hmm, neat”, let alone want make the effort to share it with other people?

What’s the most challenging aspect of creating these bots?

Darius: A lot of the time the hardest part is figuring out how to design the bot so it’s easy for people to interact with. Do you have to talk to the bot and say a specific command? Do you have to retweet a special tweet, or follow the bot, or something else? And how do we communicate that to people in 140 characters?

Courtney: Finding the voice of the bot is usually where I spend most of my time, especially early on. So much of the content is determined by how the bot’s “character” is scoped out, it’s important for me to be able to figure out exactly how the bot is going to sound and how we’re going to implement that programmatically.

What other projects besides Twitter bots do you work on?

Courtney: Oh geez, we work on custom projects for clients, so that’s a really wide field. We’ve done special effects for a horror film, we did a browser game for The Late Show with Stephen Colbert, we did a pop-up Net Art gallery show at last year’s XOXO conference...most of our clients tend to come in saying “we hear you do kind of weird things?” So apparently we do kind of weird things!

What was it like creating the bard bot for Neverwinter?

Courtney: It was so much fun. I always play rogues in role-playing games so it was my chance to finally be wry and get paid for it. However, it was also surprisingly difficult; humor is tough to automate and can get mean really fast!

Darius: I had a really good time doing the graphics programming required to give people’s Twitter avatars a “chiseled” look on the gravestones. 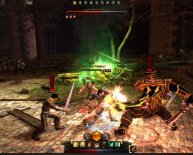