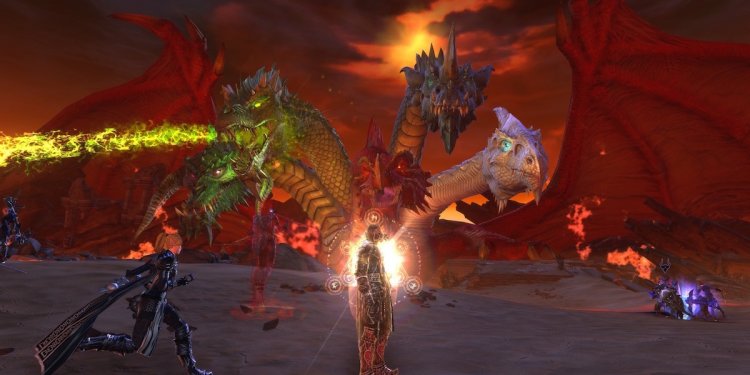 Over the past year, the citizens of Neverwinter have faced a menagerie of terrifying foes from Thayan Liches to the Dragon Goddess Tiamat. Now, however, the very forces of nature conspire to bring the city to its knees! Fear not, as a new hero blessed by the gods, the Oathbound Paladin, has emerged to fight the impending threat. These righteous fighters will be able embody both the healing and tanking paradigms that have made them so popular with Dungeons & Dragons players everywhere.

As the heroes of Neverwinter endeavor to battle the Cults of Elemental Evil, players will experience a gripping storyline that will serve to compliment the upcoming Dungeons & Dragons tabletop adventure, Princes of the Apocalypse. With Elemental Evil will come a level cap increase from 60 to 70, complete with a new set of quests, feats, and slottable class feature powers.

On the horizon for after Module 6: Elemental Evil are modules with highly requested additions including guild strongholds and well-known characters from Dungeons & Dragons lore.

Powerful forces seek Neverwinter’s destruction, are you ready to face them?

Click here to register for Neverwinter, the Dungeons & Dragons action MMORPG. The best part about Neverwinter: it's free to play! Get a head start in-game by purchasing Neverwinter item packs which include unique companions, mounts, boosts, and exclusive benefits!

Neverwinter is the premier…
February 8, 2020