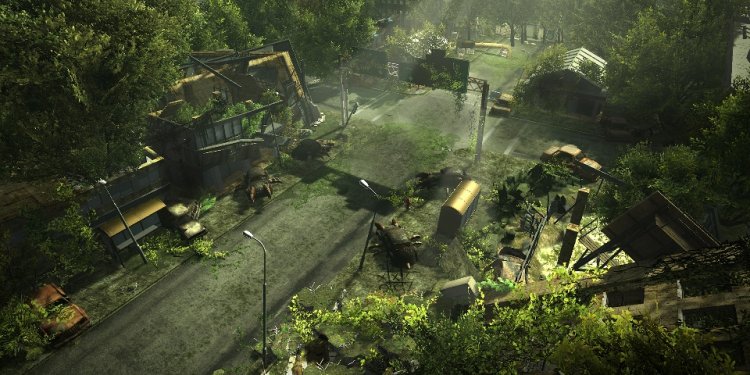 For those who are not fans of this type of game, a Role Playing Game is a board or computer game where the player controls a character that has a role in a fictional story. Although the classic board RPGs are really fun, the virtual games have moved the RPG trend from geeks to gamers.

Today, RPGs take up a very large part of the computer gaming industry, with trailblazing names like Diablo, Neverwinter Nights, Skyrim, World of Warcraft and many others. Also, a new market for gaming has recently emerged with the rise of the mobile industry, that brought us the smartphone and the tablet. And for games, this new platform has many opportunities, where users can play their games wherever they are, and not be tied to their computers. 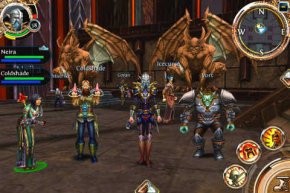 Developers of RPGs have tried to bring their games to the mobile platforms for some time now, and all that work and determination has certainly made the difference. Today, we can play on our Android smartphones games with stunning graphics, great features and even connect with others and play full MMORPGs (Massively Multiplayer Online Role Playing Games). Today we will take a look at some of these awesome android RPGs, to see which are the best ones on the Play Store.

Join a battle between angels and demons, in the form of this awesome Android RPG. SoulCraft THD is a beautifully crafted game that offers users both immersive gameplay and a good storyline. Also, the graphics don’t disappoint, and neither does the movement (and by movement, I mean combat), having very fluid combos and overall great performance.

Also, the players have the ability to customize the game as they seem fit, making for an even more interesting gameplay. Also, if anyone will get bored by the story mode, know that there are another 4 play modes available and a multi-player Co-Op mode, where players can team up and play.


BackStab is one of the best looking Android RPG games we’ve seen so far. Gameloft has accustomed us with great looking games, but this time, they have outdone themselves. It looks almost as good as the first Prince of Persia, which for a mobile standard is quite a lot. Also, the movement and combat are very well designed, making for an excellent experience.

The environment of the game adds to its appeal, having both cluttered cities and luxurious jungles, the player experiences a vast realm to explore and where he can unleash his vengeance. I won’t spoil the plot of the game, but know that it’s quite thrilling, and with the added benefit of awesome combat and stealth missions, it will make for quite some time with your phone in your hand..

Taking a step back from ultra-realism, Star Legends is an Android RPG game that does not try to imitate reality, but goes the other way: let the player know that he is playing a game. Despite this fact, the graphics are very good, each character being very well crafted. Also, the levels look pretty decent also.

What the game is better at is the fact that it provides users with the ability to play a MMO game on their devices, and so they can interact with thousands of other players. Also, the game does not require a top of the line smartphone to run, and above all else, it is free to play, so anyone can enjoy it!


I don’t know why, but this game reminds me of Diablo. The gameplay of Heroes Call is very similar, but the graphics are far better than the old D2 I was playing 12 years ago. The dungeons and the world look very good, a sign that the level designers have put a lot of work in them. The character has some awesome moves and the combat is very well designed.

Heroes Call takes Android RPGs to a new level, having over 100 enemy classes and 40 different quests to battle them in. The game is designed to Tegra powered devices, and this is certainly mandatory to run those awesome graphics. Each hero has its own powers and abilities, but keep in mind that some classes are premium and require users to buy them even after they have bought the game.


The story of this game takes place in the epic times of King Arthur and Sir Lancelot. Although I won’t spoil the story, I will say that it is quite intriguing and it will keep gamers with their mobile devices in their hands for some time. The game looks astonishing, packing some wicked graphics, powered by the already known Unreal Engine.

Also, keep in mind that this Android RPG game will take up almost 2GB of space on your phone, and to power it, you will need a pretty powerful device. The game is structured on 10 levels, each having powerful opponents with different powers, but the fun doesn’t stop when you finish the story. Gamers can enjoy a multiplayer mode and play 4v4 death-matches with their friends.


One of the biggest games ever made on Android, The Bard’s Tale has gotten its notoriety not only from its massive free world, numerous enemy types and lots quests, but also from its pretty good graphics and very funny and entertaining story and sounds. The game has a certain appeal to it, being able to create a magical world that the players can explore at will.

The game requires a 1GHz or higher CPU and an Adreno 205, Tegra 2, SGX 540 or Mali 400 or higher GPU to work properly, but thanks to the developments in mobile technology, this will not be a problem for most in the near future. As we’ve seen at CES 2013, tomorrow’s technology is getting better and better, so this is just the start and we are looking for even more intensive games.


MMORPGs are the games with probably the most players in the world. Also, this type of game has previously been available only for computer users. All of this is about to change, and Android RPG games like Order & Chaos Online are at the forefront of this gaming innovation. Thanks to Internet speeds getting faster and mobile devices being more powerful, these games are slowly but surely taking off.

MMORPG players will like this game because it brings to the table everything that its bigger brother have: great graphics, lots of other people to play with and huge worlds to explore and do quests in. Also, the players will like all the things that they can do within the game, starting from quests and all the way up to PVPs and raids.


Modern day RPGs are built in such a way that users do not see them as what they are. Their characters interact with others like any in any other games, but Blood Brothers tries to keep to the tradition of making an board RPG and maintaining its look and feel in the virtual world.

The game does not resemble the RPGs that we are used to, being a virtual board game that is played exactly like real life game. Players take turns to move and use their characters just like in the real game, and this aspect has certainly appealed to many players. The overall look of the game is pretty good, with beautiful animations that keep the feel of board RPGs.


The western game that took the world by storm is Six-Guns. This game has been installed by millions of Android users around the world, making it one of the most successful RPGs of all. Mostly, this is due thanks to Gameloft’s decision to make the game free, but Gameloft didn’t cut any corners either in developing the game. 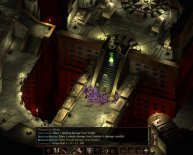 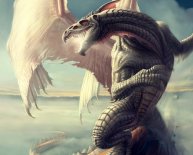