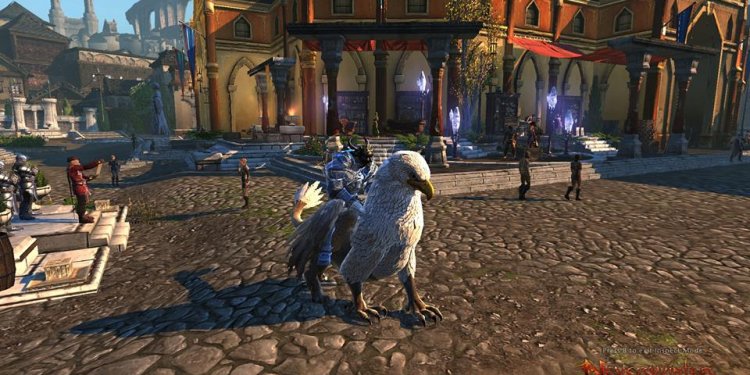 
My biggest disappointment is how little variation there is between players of the same class. The first 30 levels of Control Wizard will look almost exactly the same on me as it does on anyone else. There may be a very slight deviation on which skills I've leveled up more, but chances are we have and use the same spells. At level 30, "Paragon Paths" unlock with the promise of greater character diversity, however there is only one Paragon Path available for Control Wizards right now, meaning that everyone will have the same powers as me the entire way through. To say I was bummed when I saw that would be a huge understatement.

How does it play?

Neverwinter is not a typical tab-select MMO. It is, however, a typical action game. There is a reticule in the center of the screen, but most skills still require a target to be used. In other words, if you're not looking at something, you can't use skills. Area of Effect (AoE) spells in particular have a large target on the ground where they will be used while the player manipulates its position with the mouse before activating.

It's a decent change of pace from the normal MMO battle system, but as I hit the incorrect target more and more often, I found myself wishing I could just select targets automatically with tab (the old fashioned way). Sometimes a target will move a sliver to the right and the reticule will choose another enemy to attack, which can be very frustrating when using big-damage spells. I suppose that's the "point" of the battle system, but it's still annoying.

Perhaps my favorite thing about Neverwinter is how great the spells feel to use. While the description and actual effects of many of the spells seem simple, the animations make them feel like they could take out the title character in a "Dragon Ball Z" saga. Giant sword swings connect with a swift "shink!" and magic spells alter the camera to give them a very strong sense of power and impact, pretty much forcing me to shout "booya!" when landing a big blow on an even bigger enemy.

Yes, there are going to be plenty of "kill X of Y" quests, but not to the point of insanity. Plus, doing those quests isn't all that terrible when you actually like the game's core battle mechanics, which I do. Many of the quests do take place in instanced areas, though they all follow the same pattern. Enter the area, clear the dudes, watch the intro of the boss man, kill the boss man, collect the treasure, and get out.

In fact, each new area follows the same patterns as well, with very little deviation. It's incredibly easy to predict what's going to happen when arriving at a new area because you've done it before. Again though, it's a bit less irritating because the core gameplay is rock solid.

What about leveling up?

Leveling up occurs at a nice and steady pace. It isn't necessary to play for long hours to feel a sense of progress; a casual rate of play will still get you places. It can feel a bit underwhelming to level up and have only one skill get slightly better, but that is the case in pretty much any MMO ever. The "milestone levels" do feel great, though: getting a mount or unlocking a new set of skills is pretty exciting.

Can you solo or is it necessary to team?

This is, as usual, largely dependent on what class you pick. A Cleric will take a much longer time to solo than say, a Rogue, but it is definitely possible. I had a lot of trouble soloing with a Great Weapons Fighter without potions, which completely turned me away from the class. I was digging the massive swings and big blows, but chugging a healing potion 10 times in a boss fight was way too much maintenance for me. Soloing with my Control Wizard was much easier, as the damage output was just fine and the damage mitigation was huge thanks to the disabling powers at my disposal.

I did spend a lot of time partying with a buddy and had a great time doing so. It was sort of painfully easy, but that might have been because the Wizard and Cleric combination is borderline untouchable. Between my disables and his heals and AoE, we breezed through everything we encountered.

Bigger missions like Dungeons or Skirmishes have an auto-party search function that works as intended. It may take a while to pair you up with a team, but it'll get you there eventually.

What is The Foundry?

The Foundry is Neverwinter's way of making the game feel more Dungeons & Dragons-esque. Players can create and publish their very own missions with dialogue and boss fights for other players to enjoy. The tools are a bit limited though, which results in a lot of bland missions, even though they were made with love. 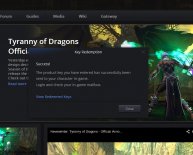 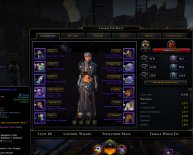