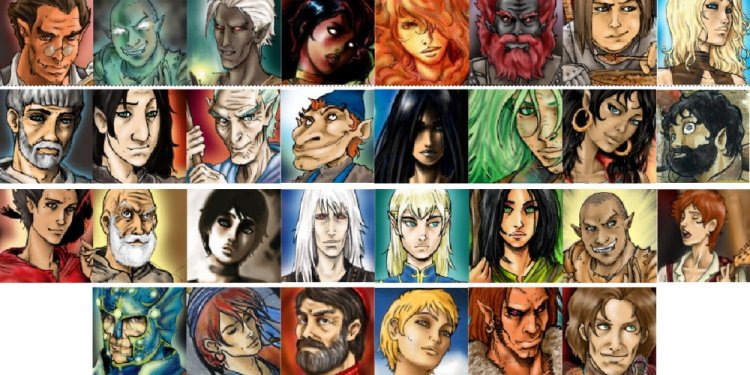 
Three months too late but anyone wants to replay it with multiclassing available, here's a few tips.
With Kaedrin's pack you get even more options.

Neeshka:
She only needs 1 level of Shadowdancer to HiPS if you can spare the feats.
You could also get 1 Cleric level to get Feint or some other feat and the proficiencies.
With K's pack, Invisible Blade advances Sneak Attack but you need high Bluff and Feint.

Khelgar:
Pure fighter is fine. Go tank mode with Tower Shield and a Dwarven Waraxe.
You could make him a Dwarven Defender if you change his alignment but it's more forced.
If you make him a Monk, then get him 1 level of Cleric and then Sacred Fist. Then he can wear Mithral Breastplate.
Pure Monk works fine also for better defense. That Spell Resistance is worth it on it's own.

Elanee:
Pure Druid, no exceptions. Just give her the Dino and maybe Zen Archery with Owl's Insight spell.
With K's pack she becomes even more beastly. Pun intended.

Sand:
Eh. Maybe Martial Weapons and into Eldritch Knight? Maybe 1 Swashbuckler or Fighter and EK.
Not fitting to him but Pale Master could work just for the defenses.
Maybe Arcane Scholar but more fitting to Qara.

Qara:
Arcane Scholar of Candlekeep full force to maximize on her metamagic firebrands and Isaacs.

Casavir:
Pure Paladin works fine.
With K's pack you get ton of options. Shining Blade, Champion of the Silver Flame etc.
Or if you keep him pure, you get the Divine Spirit abilities which are awesome, plus new spells.

Grobnar:
Pure bard, but maximize on the Inspire Courage ability with K's pack with Inspirational Boost, Song of the Heart, Leadership (omg Grobnar a leader).
Alternatively, 1 Cleric level for Divine Might/Shield and Battle Caster to make him more tanky.
Maybe Snowflake Wardance if you keep him with light stuff.

Construct:
Pure Fighter. Just get the standard Creature feats and you'll be fine. It's a freaking construct.

Zhjaeve:
Stormlord is one. Doomguide is the other? If you don't care about her character.
She's a Cleric, just cast buffs, Divine Power and watch her destroy stuff.

Ammon Jerro:
The one and only Hellfire Warlock. Especially with K's pack to advance the blasts, absolutely fitting to him.
If you use K's pack, get Empower/Maximize Eldritch Blast and Eldritch Glaive.
He becomes godly.
Alternatively, Blackguard for defense and proficiencies if you can spare the requirements.

Bishop:
Pure Ranger works fine. Just get him the dino. With K's pack you get bonus spells such as Halo of Sand to increase his defenses.