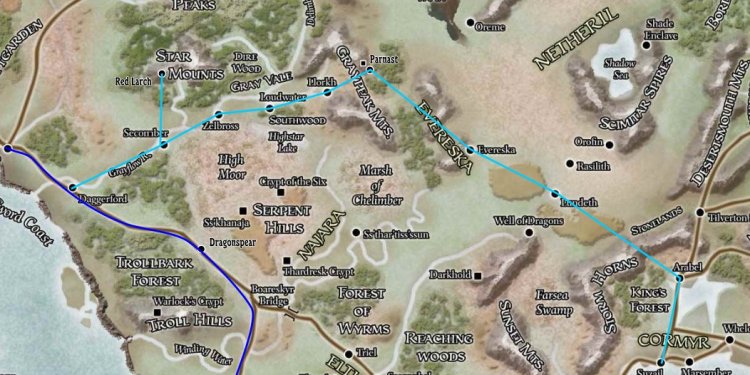 
is a supplement for the Forgotten Realms campaign setting. Many people's first impression of the city was from the "Neverwinter Nights" games of the early 2000s. Because the game came out after the 3rd edition Forgotten Realms Campaign Setting book, and the 4th edition book had little to say about it, it took nearly a decade for fans to get a book to be made about this fan-favourite part of Faerun. In many ways, it is a pre-cursor to the 5th edition Adventure Paths, which set the various avenues of D&D's Intellectual Property on a shared trajectory. The Neverwinter Campaign Setting was advertised alongside the MMO, board games, novels, Organized Play, and supplements in Dragon Magazine.

As it's own product, this book is an amazing city setting that builds upon the events and groups established in the Forgotten Realms.

THE DESIGN PHILOSOPHY BEHIND THIS BOOK

If you've read a Forgotten Realms setting supplement before, you'll find this book is very different from the others. Whereas previous supplements focused on describing the city and its inhabitants as thoroughly as possible, the NCS focuses on the narratives occurring with the power brokers in town. There are entries for taverns and shops, but only when they connect to plots that would involve the PCs' interaction with the bad guys.

This book is deliberately focused on the player characters, as opposed to being a neutral catalog of a city. The art in this book depict PCs and their adversaries in exciting snapshots and locales. Beyond the front and back cover, there's no pictures of the city on a calm day, or what Neverwinter would look like if the PCs were not there.

The level range for this book (1-10) was done so that PCs would never be on the sidelines as the "real" movers and shakers of the city decided its fate. The book specifically states that there are no "unkillable villains" in it. Every villain can theoretically be beaten in a fight by level 10, so that the PCs are fighting the actual evil overlord, instead of just fighting his underlings.

Many people will be turned off by this approach. Some people prefer a city setting to not be focused on the PCs. Others will bristle at the thought of turning villains into bowling pins, destined to be knocked down. I'm of the mind that this approach makes for a more useful supplement for DMs to use, which is important to me as a DM. When I used this book to supplement my Faerun campaign, plot hooks leapt out at me, and they leapt out to my players when I introduced them in-game.

One complaint I would bring up is that only using the Heroic Tier limits the length of the campaign. There is enough conflict and plot in this book to last for twenty levels, but the tightness of the villains' level make it hard to play out all the plot hooks in ten levels. I can respect the reasoning behind this: past Realms supplements had the recognizable villains be very high-level, requiring the PCs to fight against anonymous underlings for several levels until they got close enough in level. Consider so many NPCs were created whole cloth for this supplement, an easy solution would be to create a Heroic Boss, and a Paragon Boss; each one a visible and legitimate threat.

Neverwinter is a city in ruins, recovering from a natural disaster and fought over by several factions. The locals must survive in a city where foreign powers fight over whom should rule it, while monstrous forces seek to make it inimical to life. There are no sides without blood on their hands, but the PCs can help a faction take power, or take it for themselves. Some close (but imperfect) analogies would be Hell's Kitchen from Netflix's Daredevil , New Orleans post-Hurricane Katrina, and Baghdad after the U.S. liberation.

The various movers-and-shakers are either Major (with a legitimate shot at ruling Neverwinter) or Minor (working for a Major group, or only having limited regional influence). They represent a lot of iconic Realms groups (Harpers, Netherese, etc.), and also encourage a wide cross-sections of monsters to show up. Between the Abolethic Sovereignty, Thay, the Many-Arrows Orcs, Iliyanbruen Fey, Cult of the Dragon, the Dead Rats (wererat thieves), the elementals of Gauntlgrym, and the Ashmadai (devil-worshippers), a DM has an excuse to introduce nearly every kind of monster.

Another nice feature is that there is so much interconnection between the factions. Each side has its share of double-agents, blackmail, and open aggression going on against the others. The book talks about how each faction views the others, and what it is doing to beat them. As a DM, it makes my job of planting plot hooks easier, if the party's defeated enemies have a lot of actionable intelligence on another evil group.

HOW DO THE AUTHORS PRESENT THE SETTING?

The NCS is definitely written to be about the setting's narrative, not its physical locales and inhabitants. During any description of a place or a person, the authors will digress into talking about what it means to the plots and events happening in town. Sometimes, they will leave things vague (which faction the tavern-owner is giving information); other times, it is clear what the authors intend. Either way, there is a lot of care and attention to the plots happening around the PCs, and making sure that it involves them.

One troubling passage states that, if the party ignores the subtle machinations going on around them, the DM should show them the 'unintended consequences' of their actions. The authors believe that the PCs' actions should have consequences, whether they want it or not, and that they will effect their adventures, whether they want it or not. Essentially, while you can do both politics and dungeoneering in Neverwinter, the authors intend politics to be the 'real' star of a campaign based on this book.

Personally, if players don't want to pick up on plot hooks and are happy to do dungeon runs, I'm okay with letting them do so. I'm a big proponent of making PCs being stars, and part of that is not forcing them to become something they're not. A Fighter who just wants to stomp monsters doesn't have to become the new king of Neverwinter by virtue of being a potential candidate. Also, the Heroic Tier is traditionally the one associated with dungeoncrawling, whereas the middle levels are better suited to politicking. I like how the book provides a lot of well-done low-level monster stats connected to each major faction, and it's great that the book supports low-level politicking. My opinion is that it shouldn't be an inescapable interaction.

A surprising positive was the book's stance on having a group of PCs with varied backgrounds. The NCS stressed the importance of 'playing nice', and finding ways to make your oddball PC work well with others. Attacking other players "because that's what my character would do" is explicitly decried as a bad thing, and examples on how to make two PCs from feuding groups work together are given. This kind of advice is rare enough in books designed for Dungeon Masters, so I was surprised to find it here. Of course, this book does encourage PCs to come from a variety of backgrounds, so they are at least being responsible for encouraging players to bring devil worshippers, lycanthropes, dark wizards, and Spellplague survivors together.

The interconnection of the PCs with the factions occurs even in character generation. Players can choose from 13 character themes at level 1 to help mechanically define who the PC is flavour-wise. Each of them are tied into a faction fighting over Neverwinter: "Oghma's Faithful" want to restore Neverwinter as a centre of learning in a savage frontier, "Uthgardt Barbarian" seek to recover the bones of their ancestors from Thayans, and "Spellscarred Harbringer" has probably passed through Helm's Hold and seen some questionable things there. 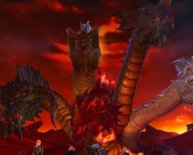 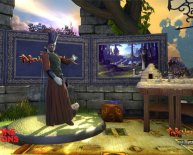