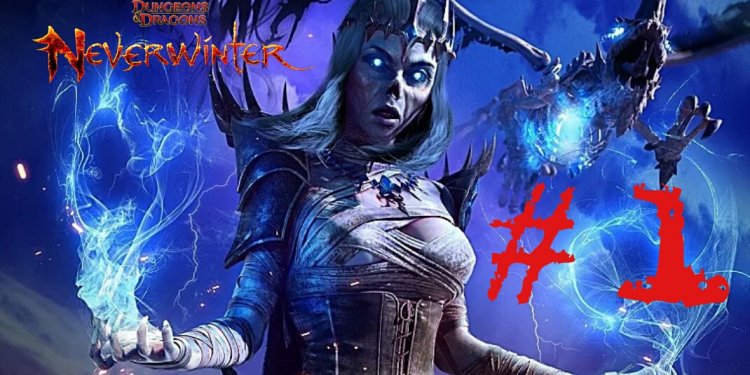 Neverwinter Tyranny of Dragons Module 4 is Cryptics 4th free update for the free to play MMO Neverwinter. At first the grandeur and glory of battling the well-animated dragons is really, really cool. They all have their own little animations as they appear and fly down to the battlefield. Each dragon is fully realized with themed color and energy type. A group of players converges to battle a legendary and terrifying creature and when it’s over, there is a sense of achievement in defeating one of the hardest and most iconic monsters of Dungeons & Dragons, or so it should be.

Get Started with Tyranny of Dragons

Find Harper Bowen in Protector’s Enclave near the Rewards Claim Agent in the north part of the city to get started with the campaign. Talk to her to get the first set of the campaign. As you work your way through each area more and more of the NPC’s around her will become available to offer the Daily Quests that go hand in hand with the Common Cause Daily Quest.

There is also the Harper Legion Merchant where you can trade in some of the items you get from this campaign for loot, consumables, and books needed to unlock the best boons from this series.

If you are feeling lucky, you can get keys that will give you a chance of getting the books needed from the Skirmish for this campaign. I am not sure about drop rates, but it seems that the drop rate is low enough that it is just as good to save the Dragon Sigils and Cult Secrets to buy the books. (100 Each) If you decide to save up first you will be missing out on a chance at some of the rare loot from Tyranny of Dragons. However, if you do not group often it might be the way to go.

You can get the keys for the extra chest from the Campaign. Look to the campaign tab for the specifics on all of the inner workings of this campaign.

Each area is going to have the same pattern and method to getting your dragon kills. You are going to need a lot of them. So buckle in and get into the rhythm of the dragon- slaying grind (That just sounds wrong).

Fighting Dragons in Tyranny of Dragons

Dragons appear in these zones every 20 minutes. Once they appear, players have 20 minutes to kill them. Usually it goes quick but during off peak hours a dragon fight might take a while.
There are four methods that players use to gather and get this done quickly. Please help your fellow players so they will be inclined to help you.

Please share your timers and invite when you can. It really does help. You will be doing this a lot, so it’s best to make it nice for everyone.

Weekly Quests in Tyranny of Dragons

There are a couple of Weekly Quests that you will have and unlock. They are easy and straightforward.

Once the series has been completed, you also get access to another Weekly Quest.

Daily Quests for Tyranny of Dragons

There is a Daily Quest that can be done for the series. This is how you will step through the stages of the campaign. The following quest you can get once a day but it may lead to different zones depending on your progress.

There are 5 zones in Neverwinter where the Tyranny of Dragons quests are. Anyone can go to any of these and participate in the dragon fights. However, players will only be able to get Dragon Coins and the rare loot that can drop from the dragons.

The items needed to advance the Tyranny of Dragons campaign can only be received from the quest rewards of the campaign quest NPCs. Since players are going to have to grind away at these dragons anyway, I would suggest ignoring the first three zone dragons until you have to fight them. It can still be worth fighting the Whispering Caverns and Rothe Valley dragons because they can drop the artifact items, though very rarely.

Finding the area’s in these zones where the Tyranny of Dragons quests take place is easy. Just look at your map for the area that is marked out as the dragon battle area. All of the quests for this campaign will be close by.