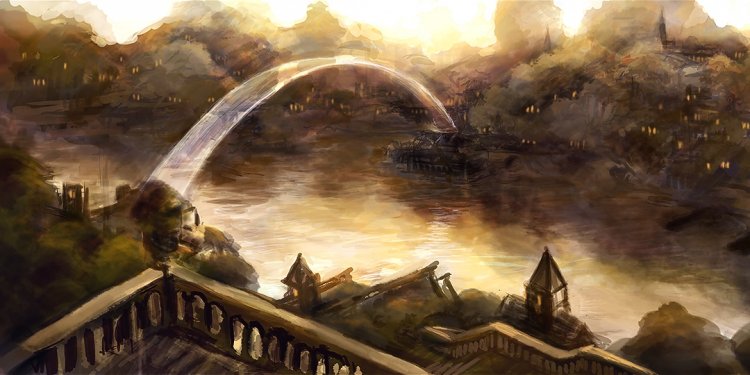 Faerûn is a large continent on the planet Abeir-Toril in the Forgotten Realms campaign setting of Dungeons & Dragons. This continent has had the most attention of all the regions in Forgotten Realms, with the most material dedicated to it. Neverwinter is just one of the cities in the North-West region of Faerun. This region, which is recognized by its Western Coast, also called the Sword Coast, is characterized by wilderness and difficult winter weather. Because of the harsh weather and marauding orcs and barbarian tribes, this region is often referred to as the "Savage North".

Each region of Faerûn has its distinct history and culture, and they all are touched and changed by the recent events of, and those preceding, the Spellplague. It is often divided into ten parts to describe a region. These parts further have distinct regions, culture, and cities. Thus the continent of Faerûn is vast and is described in detail in the novels and PnP books.

Far to the east, in the Dalelands, there is a standing stone that was erected to mark the bond of friendship between the elves of Cormanthyr and the human settlers who made their homes on the western fringes of their forest. This event heralded the advent of Dale Reckoning (DR), which was adopted by the vast majority of peoples all over Faerûn to mark their years. Dale Reckoning is not the only method of doing so, but it is by far the most well-used.

In -700 DR, a scholar named Augathra penned the Roll of Years, a long list of names for forthcoming years inspired by prophetic visions. Though not always immediately apparent, each year's name in the Roll has something to do with an event that occurs during that year. The current Year, 1479 DR, is known as The Year of the Ageless One in the Roll.