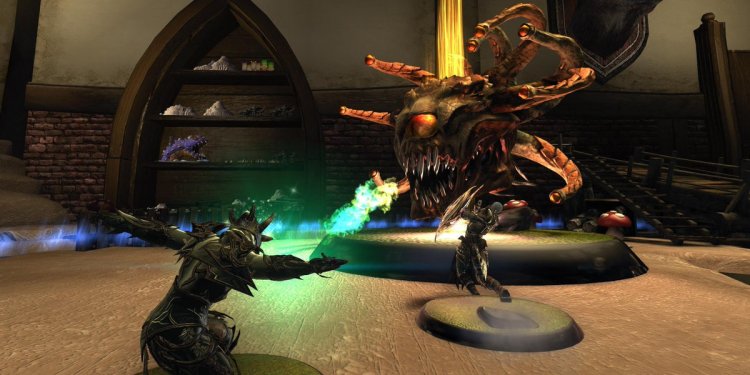 Back when the news broke that Star Trek Online was heading over to both PS4 and Xbox One, a few folks were curious as to the status of Neverwinter, another free-to-play MMO designed by Cryptic Studios that was already present on Xbox One. That question has officially been answered, as the game is now making its way to PS4 as well.

Perfect World has announced that the PS4 edition of Neverwinter, with nine expansions worth of content, will be appearing on PS4 this summer, and will also feature bespoke control adaptations to use the PS4's touchpad and party chat integration, among other things.

And more folks will be able to try the game, as it will not require a PlayStation Plus subscription to access, so even the relative minority of PS4 owners that don't maintain one can dip their toe into the Sword Coast. I tried the game myself for a time on PC, and the combat certainly seemed more involved and engaging than what Cryptic had come up with for Champions Online and Star Trek Online.