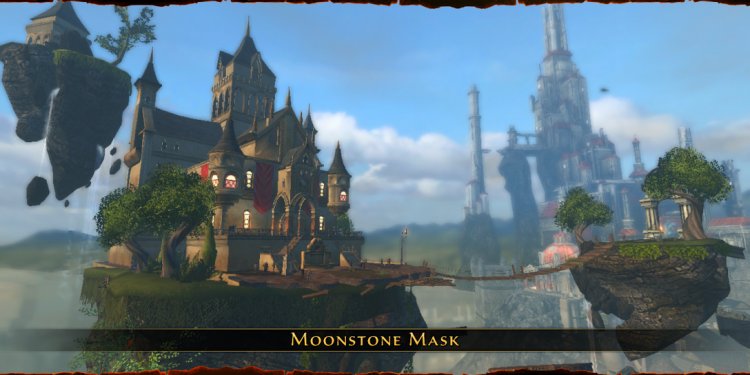 Neverwinter Nights (NWN) is a fantasy roleplaying computer game developed by BioWare and published by Atari, based on the third edition rules of Dungeons & Dragons (D&D). With this game, BioWare strove to raise the bar on their reputation for commitment to rich and evocative storytelling and an eye for detail. They also had a goal of providing official campaigns drawing players into epic and unforgettable tales of faith, war, and betrayal set in the Forgotten Realms.

Players are able to choose what skills and abilities they will develop as they voyage though complex and dangerous gameworlds. A player character can be a deadly and dangerous rogue moving through the shadows using stealth and secrecy, a scholarly wizard wielding powerful magic, a hulking barbarian whose lust for battle is matched only by his terrible rage, an armor-clad paladin protecting the innocent and vanquishing his foes, a crusading cleric healing the sick and defending the helpless, or nearly any other character concept imaginable.

A key feature of this revolutionary game—one that has helped it to endure—is that the adventure does not end with the official campaigns. Rather, players have the ability to construct their own unique lands of adventure, called modules, which can be shared with others to play. (Some players have even gone as far as to see modules as the core of Neverwinter Nights, relegating the official campaigns to mere samples of what can be done. Some have even skipped the official campaigns.) The Neverwinter Nights Aurora Toolset allows even novice users to construct everything from a quiet, misty forest or a dripping cavern of foul evil, to a king's court. All the monsters, items, set pieces and settings are there for world builders to use. The possibilities do not stop there; builders can construct traps, encounters, custom monsters, and magic items to make each adventure unique. A result of this feature is the Neverwinter Vault's hall of fame, containing hundreds of modules, enough for most players to find hours of adventures beyond the official campaigns.

The original release of Neverwinter Nights has been complemented by the release of two expansion packs – and . These expansions add new options for players (classes, feats, spells, and skills), new options for builders (creatures, tilesets, etc.), and new official campaigns. While the original release of the game was restricted to the core rule books of D&D (Player's Handbook, Dungeon Master's Guide, and the Monster Manual), the expansion packs drew from supplemental source books, most notably adding prestige classes and the possibility of epic characters.

There are many different ways to play Neverwinter Nights. In its simplest form, the original campaign can be played right out of the box as a single-player game. This 60-hour game is BioWare's vision of a rich and epic adventure, full of complex characters and surprise plot twists intended to keep players glued to their screens until the wee morning hours. If the expansion packs are installed, there is a second adventure available out-of-the-box in the form of two additional official campaigns, each representing over 20 hours of gameplay. This second adventure is separate from the original; it is intended to be played with a new (level 1) player character who will start with the Shadows of Undrentide campaign then proceed to the Hordes of the Underdark campaign. With the addition of player-designed modules, Neverwinter Nights represents a near-infinite amount of solid, D&D gaming.

For all the strength of the single-player game, the world of Neverwinter Nights shines as a deeply engaging multiplayer game, allowing up to 64 players to share in the adventure. The original campaign, and to a lesser extent the Shadows of Undrentide campaign, (but not the Hordes of the Underdark campaign) are designed to adjust for multiple players, who can join and drop at any time. The story does not change in multiplayer mode, but there are automated features to help balance the game, such as dynamic scaling of combat encounters according the size and relative strength of the party. The official campaigns are written and structured to encourage the cooperative, party-based game play that makes pen-and-paper D&D so rewarding.

Player-designed modules expand the choices even further (although the cooperative, single-party style is the officially supported multiplayer paradigm). Some modules are written as single-player adventures, others are designed for cooperative multiplayer, while still others are competitive modules, from simple arena matches to treasure races and team-based castle stormings. In addition, a number of modules are designed as persistent worlds, allowing multiple non-competing (or sometimes competing) parties to simultaneously and independently adventure in different parts of the module.

For those who wish to go beyond the usual role of the player, Neverwinter Nights allows players to take on the role of a Dungeon Master and shape the gaming experience of the other players on a fundamental level. Dungeon Masters can bring forth words of wisdom from a dragon's mouth, create entire new quests on the fly, or simply throw an orc tribe in the party's way. This is accomplished by using the powerful DM client, which is included with the game. Since the DM client allows nearly unlimited control for running adventures, joining a game through the DM client usually requires a password (set by the host of the game).

The degree to which tactics are required while playing depends on the module being played. Some people may use the Toolset to create modules where play is based around intrigue and manipulation, where combat is the exception rather than the norm. Others might create modules with more of a real-time strategy flair to them, while still others will design dungeon crawls and gladiatorial arenas where brute force is all that is required. As for the official campaigns, players are faced with a lot of the same tactical choices faced in a typical pencil-and-paper session, and these become increasingly apparent as players learn to work together as a party. Bards will need to inspire their companions in battle, and fighters will need to place themselves in the way of harm to protect the vulnerable wizard. Clerics must show wisdom in who they heal and when and rogues must be willing to act as scouts, assessing the foe and recommending a means of approach. The Neverwinter Nights combat system is structured to bring the cooperation and camaraderie of the pencil-and-paper Dungeons & Dragons experience to the computer. A solid, tactical approach will not be necessary to win every battle, but it will always come in handy.