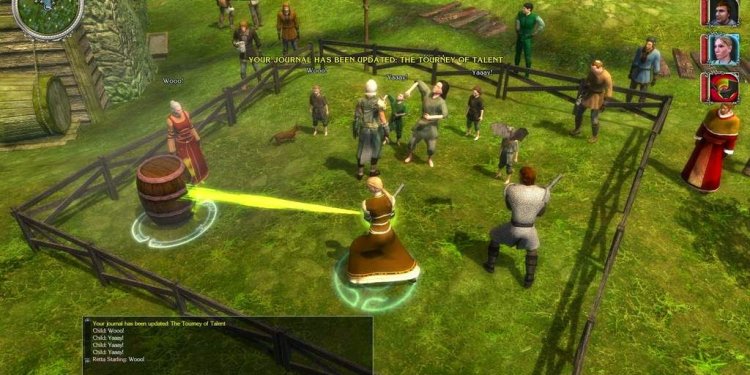 Neverwinter is a free-to-play MMORPG on PC and Xbox One that transports players into a fully realized experience based on the Dungeons & Dragons franchise with a living world and immersive fantasy storylines.

Explore and defend one of the most beloved cities from Dungeons & Dragons as it rises from the ashes of destruction. This immersive free-to-play MMO will take you from the besieged walls of the city to subterranean passageways in search of forgotten secrets and lost treasure.

Neverwinter is now available on PlayStation 4! Almost three years after the initial launch on PC, millions of adventurers have travelled along the Sword Coast to slay the mightiest of foes and to form the most courageous of parties. We’re excited to welcome in a new group of adventurers to Neverwinter and eagerly await their arrival.

Neverwinter on PlayStation 4 features all existing content from the base game, including eight playable classes and nine expansions.

Fight against the likes of Tiamat, Demogorgon, Orcus, Valindra and many more sinister enemies from D&D lore. Adventurers will also travel through iconic locations such as Icewind Dale and the Underdark while teaming up with characters straight from the novels of acclaimed author R.A. Salvatore, including Drizzt Do’Urden.

Neverwinter on PlayStation 4 features controls optimized to incorporate the DualShock 4’s touchpad, Party Chat integration and will be free-to-play for all console owners. PlayStation 4 adventurers will not need PlayStation Plus to experience Neverwinter.

Giants will return to the Sword Coast when Neverwinter: Storm King’s Thunder strikes on to PC in August 2016! In Neverwinter’s tenth expansion, adventurers will experience an uprising of Giants, which follows the upcoming tabletop expansion from Wizards of the Coast. Adventurers will travel north to Bryn Shander - capital of Icewind Dale - to investigate the sudden presence of Frost Giants in the region. No visit to Icewind Dale would be complete without the help of Catti-brie and Wulfgar - characters from R.A. Salvatore’s novels - who will aid adventurers in their quest to stop the invading Giants.

High-level adventurers will also experience a new campaign, which will take them across three new adventure zones and story content for Neverwinter: Storm King’s Thunder. In addition, our newest expansion will introduce a new tier of Dungeon for adventurers seeking a challenge.

Neverwinter: Storm King’s Thunder will be available on Xbox One and PlayStation 4 at a later date.

RAM: 1GB of RAM (2GB or more recommended for XP, 3GB or more for Windows Vista and Windows 7).