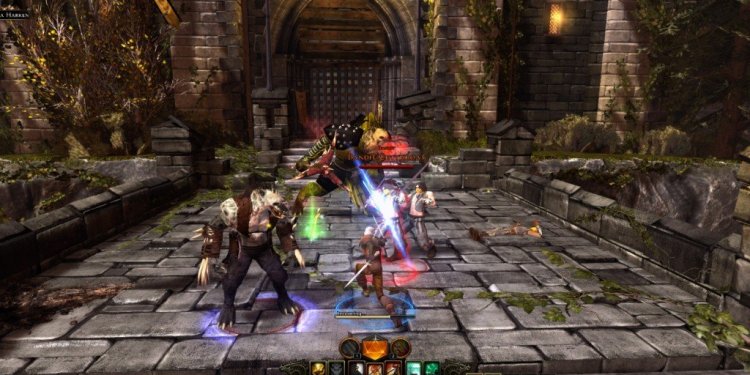 NeverwinterIs a free-to-play fantasy massively multiplayer online role-playing game in development by Cryptic Studios. The game will be published by Perfect World Entertainment. The game is set within the popular Forgotten Realms campaign setting for Dungeons and Dragons and uses mechanics based on a modified version of fourth-edition Dungeons and Dragons rules.

The game client was originally developed for Microsoft Windows. However, there is some unofficial support available for running the client on Linux and Mac systems.
Since 31 March 2015, Neverwinter is also available on the Xbox One

Neverwinter is a Free-to-Play game without a subscription feature.

As with most MMORPGs, gameplay revolves around playing a character created by the player in an open world. Neverwinter has a strong storyline. In order to advance that storyline, most of the action takes place in instanced areas which can be open outdoor locations, dungeons, caves, sewers, crypts etc. There are large open world locations where players compete with each other for contests and spawning monsters. However, Protector's Enclave - the starting area where most of the earlier events take place - is a safe area without any enemies.

The combat in the game is more action-oriented than in most MMORPGs and has been described as being very similar to a third-person shooter. Instead of selecting targets by using keys like Tab or clicking on them, players rotate their view so that a targeting reticle is over their intended target. Use of the action bar is atypical of most MMORPGs in that the first two abilities are bound to the mouse buttons rather than to numeric keys, and others are linked to "Q", "E", and Shift by default.

Many MMOs have the concept of a shard, and there are several different terms in use for the same concept including Server, World and Realm. Cryptic decided to launch Neverwinter with three shards to reduce the risk of players having a negative experience due to servers overloading. Cryptic's goal was and is to continue to optimize software and hardware for the best gaming experience possible. The shards were named Beholder, Dragon and Mindflayer.

Shortly after the official launch on June 20, 2013, the three shards were merged into a single server, retaining the name Dragon. Guild names were not affected becauee they were required to be unique across all initial shards.

Much like other Cryptic games, all of the characters’ names are unique to each accounts @handle (account name), so there is no need to reserve character names.

The game takes place along the Sword Coast region of Faerûn‎, a continent within the Forgotten Realms campaign setting. 29th Tarsakh, 1385 DR Spellplague struck the Realms but Neverwinter escaped the devastation unharmed. However, in 1451 DR mount Hotenow - a volcano near Neverwinter erupted and the eruption destroyed the city. Eventually the city was destroyed by an alliance of Thay and Ashmadai worshipers. In 1467 DR, Lord Neverember arrived with Mintarn Mercenaries and took control of Protector's Enclave. Lord Neverember started reconstruction of Protector's Enclave and called upon the people to rebuild the city to its former glory. Now, with Lord Neverember who has declared himself the Lord Protector of Neverwinter, there are many active threats in the region. The city is the center of conflict between Thay and Netherese with Ashmadai infiltrating the influential citizens of New Neverwinter. Plaguechanged creatures are another threat faced by all the human settlements after Spellplague. And the reason of eruption of Mount Hotenow is still not clear, for it may erupt again. 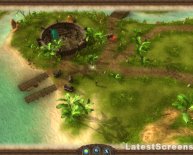